For those of you who have had the opportunity to swim in the ocean, you likely can recall what it feels like be managed and controlled by the ocean’s powerful, relentless forces. Standing near the shore, waves crash against you pushing you backwards, then at the same time, the undercurrent buries your feet and pulls you out to sea. Two opposing forces always pulling and pushing.

Try to swim out against the tide and its tough as you work harder and harder. Feels like two steps forward: one step back. Then, swimming towards the shore is exhilarating, as the waves accelerate and enhance your own efforts.

Recently a friend, an experienced swimmer and lifeguard, shared his encounter with a riptide. As he had done many times before, he went swimming in the ocean looking to battle some riptides. Challenging and exciting, if you know what you are doing and are strong enough to win.

A riptide is a strong, localized, narrow current of water which moves away from the shore, cutting through the lines of breaking waves like a river running out to sea. Sounds fun, right? Well, not on this day. As he started to make his way back to the shore, he found himself tangled in seaweed; the tide pulling him one way, the seaweed the other. The more he fought, the tighter the grip of the plant. Beat up by the tides and tied up by the plant was a deadly combination.

As he recounted the experience, we could all see that he obviously lived through it, but how? He relaxed! Once he stopped fighting the seaweed, in an instant it let go! Wow.

Let it go – what a concept! Like you I suspect, I have found myself many times, being pulled and pushed in opposite directions, struggling to keep my balance. I have thought a lot about this story the last several months, knowing that there is a powerful meaning here that relates to life somehow. Found it! So, here is my new strategy. Whenever I find myself stuck and struggling in the riptides of my life, undecided on which direction deserves my focus and my energy – I RIP! (Rest in Peace). I stop. I stop fighting, I stop struggling and let go of whatever it is that has me tangled up. It is in that quite moment of stillness and submission that allows me to be led, guided and supported in the direction I should go. 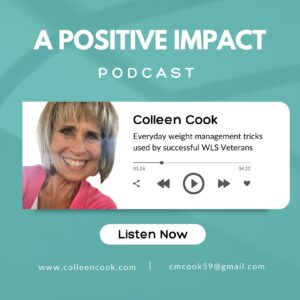 This entry was posted in For Bariatric Educators, My Faith. Bookmark the permalink.